Everton Anderson, CEO of the National Health Fund, says a national health insurance plan could offer the best option for expanded benefits, and improved health insurance coverage among the population.

The most recent publication of the Economic and Social Survey of Jamaica (ESSJ), a production of the Statistical Institute of Jamaica (Statin), have decried what they describe as “The persistent low rates of health insurance coverage”.

The report, which analyzed research done in 2018, was released in March 2022.

The ESSJ showed that low registration on social protection facilities such as the National Health Fund and the Jamaica Drug for the Elderly Program “suggests a significant gap in individuals’ ability to cushion immediate demands to cover health care.

The ESSJ warned, “The percentages should also be considered in light of the prevalence of NCDs (noncommunicable diseases) in the population especially among the elderly, as well as the prevalence of other diseases covered by these programmes. Health-seeking behaviors including screening for diseases also requires intervention.”

Anderson, in a response provided to the Jamaica Observer, noted that the elderly receive significant support under the NHF, especially through the JADEP (Jamaica Drug for the Elderly Programme) programme, but noted, “The NHF was formed from decades of discussions around a National Health Insurance Plan. It may be timely for Jamaica to advance discussions on a National Health Insurance Plan, which could offer the best option for expanded benefits, and improved health insurance coverage among the population.”

The National Health Plan was put forward in May 2019 when the Government of Jamaica tabled a green paper proposing a compulsory national health insurance plan that would offer equal benefits for contributors regardless of income.

It was proposed that financing for the initiative would be sourced from a combination of employee contributions or premiums and industry taxes.

Some 80 percent of the population is uninsured. It is unclear how many are underinsured. Many, seeking to fund health-care out of pocket, engage in months-long waits for diagnostic tests or surgical operations, or wait hours to receive general observation. 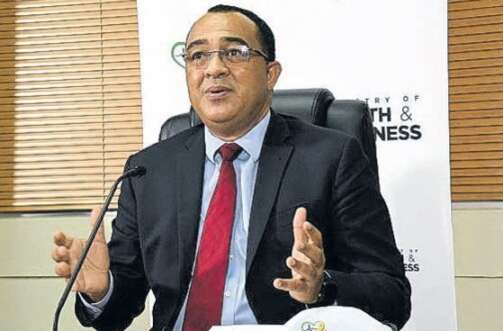 In the green paper on a National Health Plan, the Ministry of Health and Wellness proposed taxes on sugary products and cannabis could raise billions to supplement health-care costs.

The paper proposed a vehicle levy, saying there was a high public cost borne by the State in treating vehicular accidents and respiratory diseases.

The paper also proposed an excise tax focusing on cancer caused by tobacco and alcohol and a gaming and lottery levy supporting programs for mental illness and substance abuse.

Services to be underwritten by the national health insurance plan would be basic, although spanning preventive care, diagnostic services, and treatment. Private health insurance could function as a “top-up” to this, the health ministry outlined.

Contributions meanwhile would vary across the population. A flat-rate contribution would be directed from an estimated 192,300 informal-sector adults (including those over the age of 65). In addition, from an estimated 212,600 workers from the formal sector, a flat rate would be paid. Formal and informal contributors would make an additional monthly contribution for dependents.